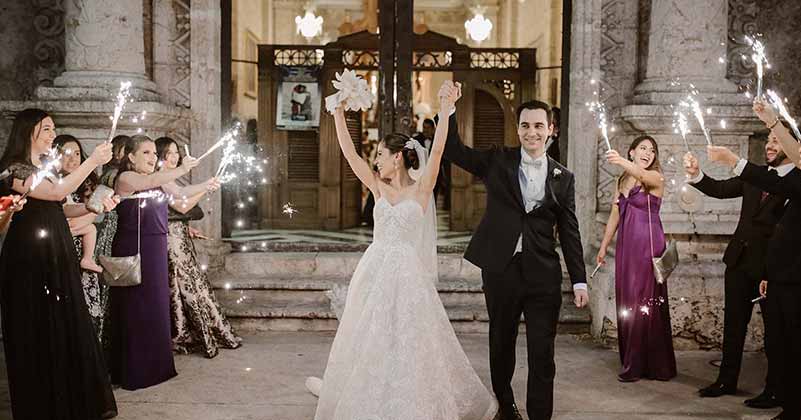 The most beautiful churches for a Catholic Wedding in Merida 💒

Merida has an endless number of churches, both colonial and those with more modern architecture where you can celebrate your Catholic religious ceremony. Many brides look for different characteristics in the churches, from the architecture, the size, the antiquity, and the location. Here are some churches for Catholic weddings in Merida.

Built in 1561 with more than 400 years of history; it will make your ceremony very special. The Cathedral of Merida is the oldest in all of Mexico and Continental America. It’s located on Calle 60 con 61; in the heart of the Historic Center of Merida, in front of the Plaza Grande.

The towers are Moorish style, it has Baroque style altarpieces and its facade is of Renaissance type. On the high altar, the image of the Crucified Christ, known as the “Christ of Unity”, stands out. 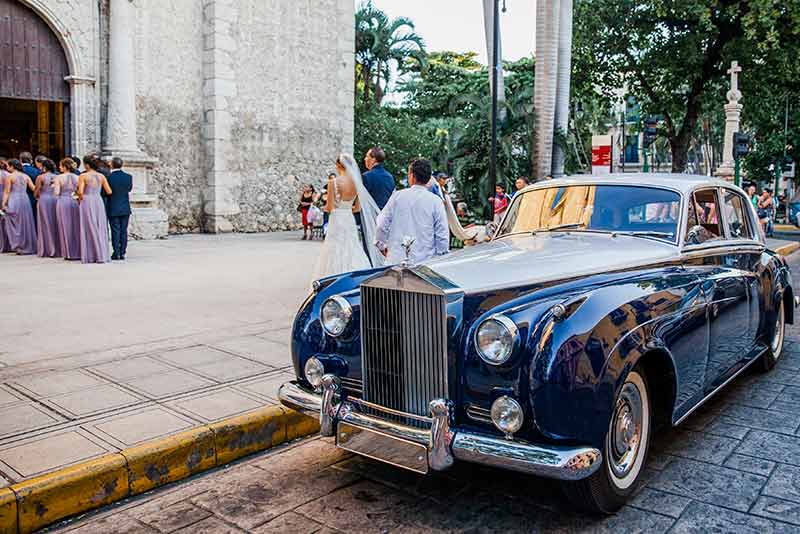 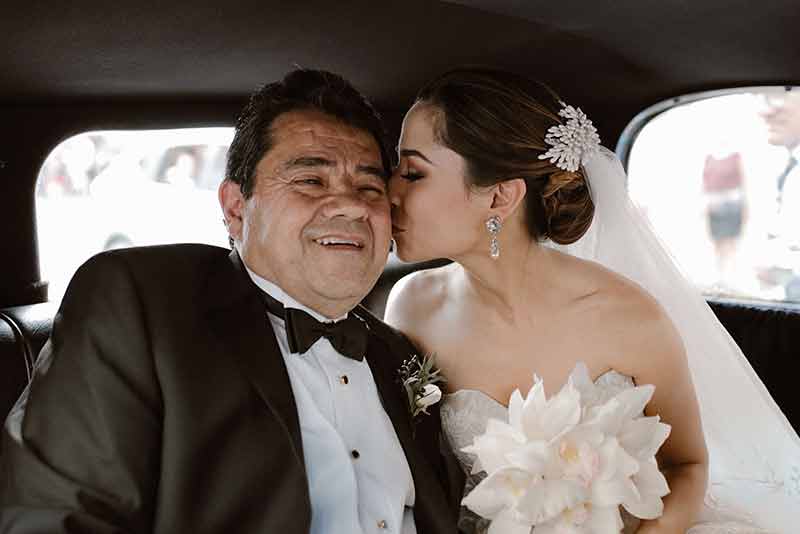 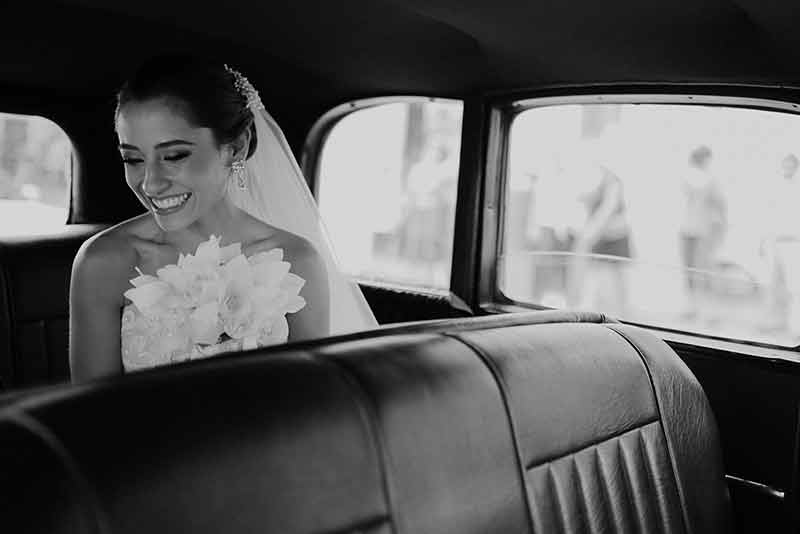 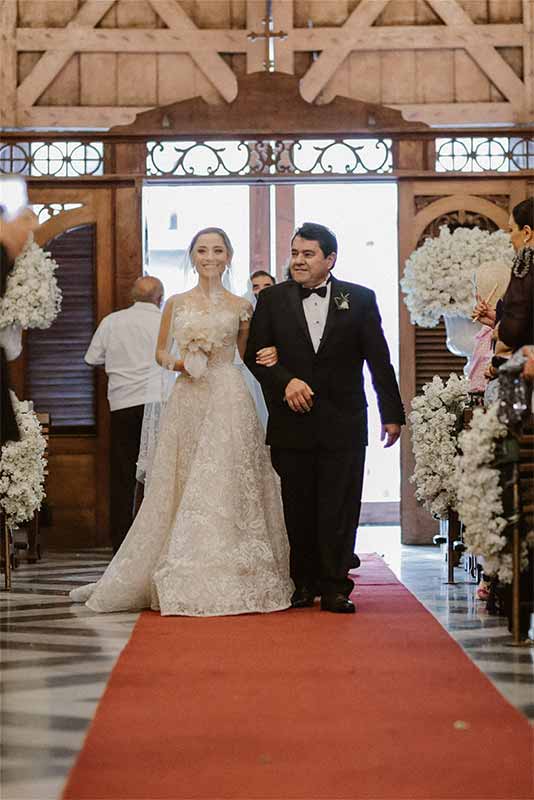 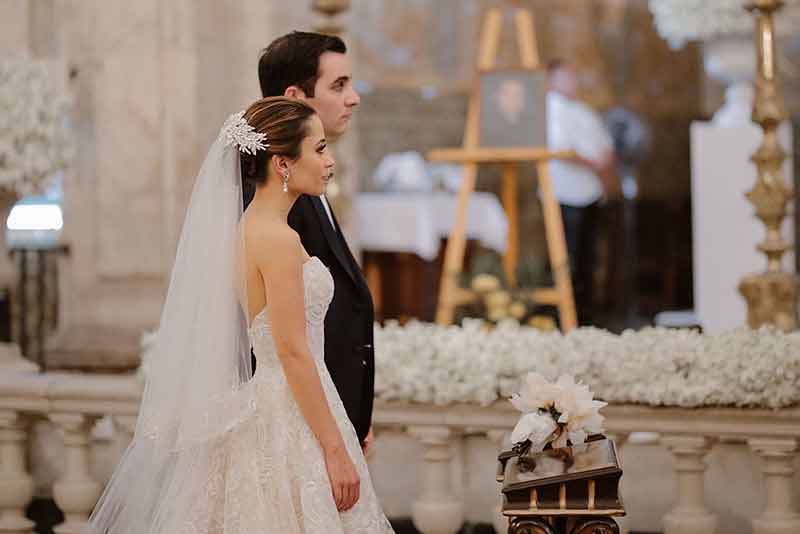 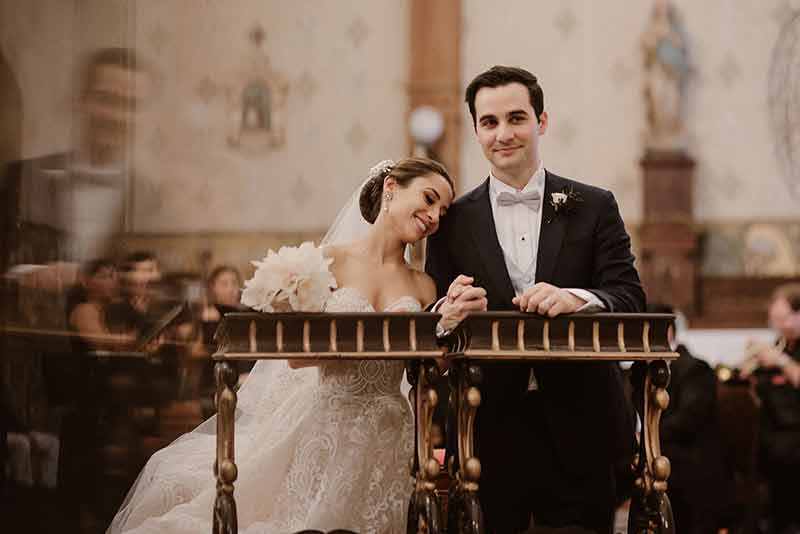 You can set the date for six months in advance, weddings are only held on Fridays and Saturdays at 6.30 pm.  So don’t hesitate to get married in this wonderful church.

Construction of the church began in the late 16th century and was completed in 1620. It has a rectangular entrance framed in a quarry, stained glass, and belfry.  In front of the church is the renovated park of Santa Lucia.

Around it, there are several restaurants that make the site a very picturesque and cosmopolitan place due to the various tourists who come attracted by the atmosphere there. 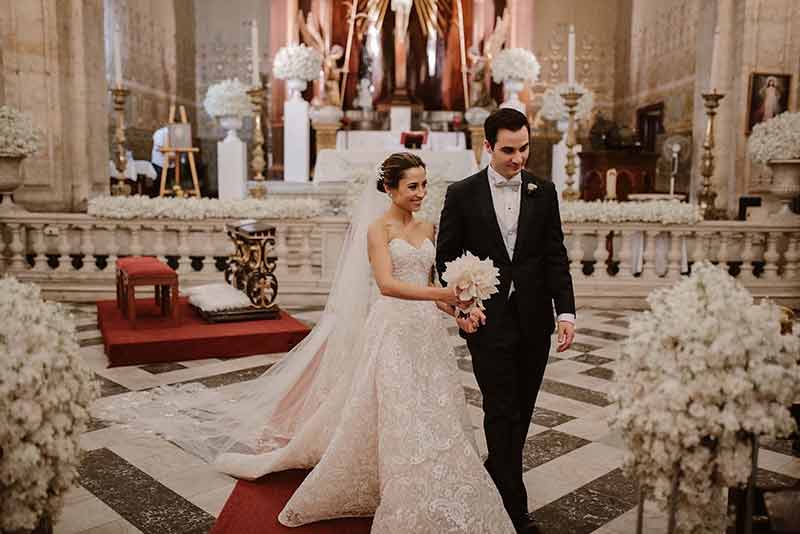 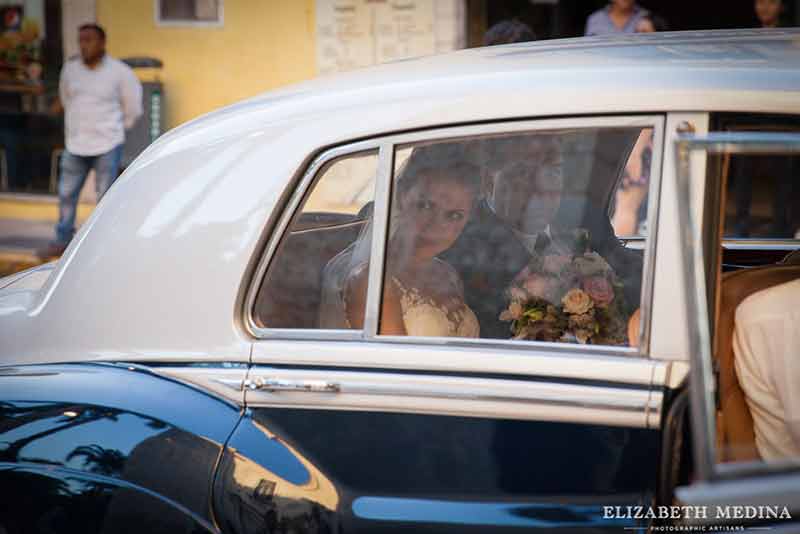 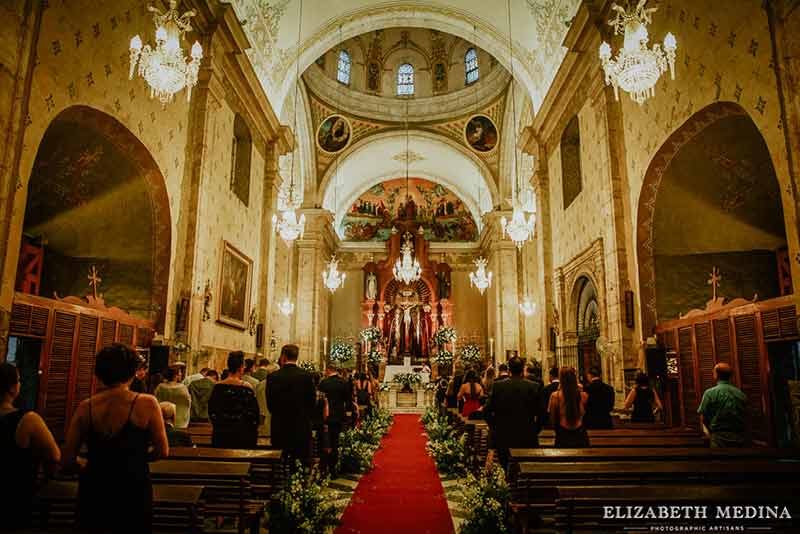 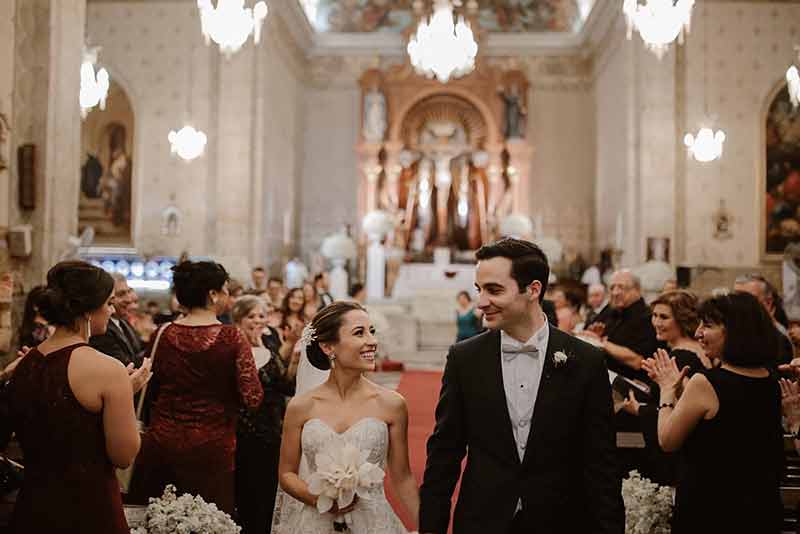 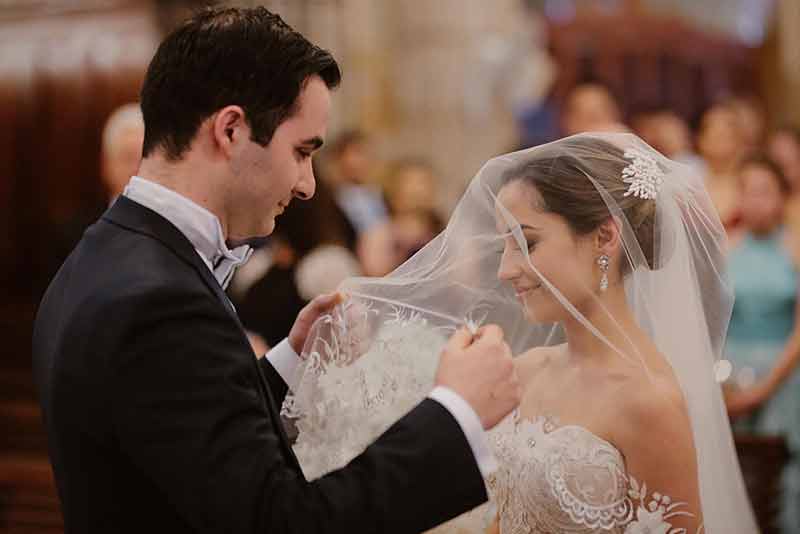 It’s located on street 60 with 55, one square from the José Peón Contreras theater.

It’s an extremely romantic chapel and one of the few that still preserves all its essence from when it was built. It’s located in the center of the old park of Itzimná and has a high bell tower and very sublime decorations. In the center of the altar, you can admire the image of Our Lady of Perpetual Help, an image brought from Paris in the early twentieth century.

Nowadays the old Itzimná neighborhood is one of the most beautiful and traditional corners of Merida; a place surrounded by leafy trees and gardens. This emblematic church is located in street 20 by 19 and 29 of the colony Itzimná.

It’s located on the street 1G No. 263 in the colony Mexico Norte in Merida, Yucatan. The main characteristic is their modern architecture, in addition to being easily accessible, your guests will not suffer from heat because the interior is air-conditioned. 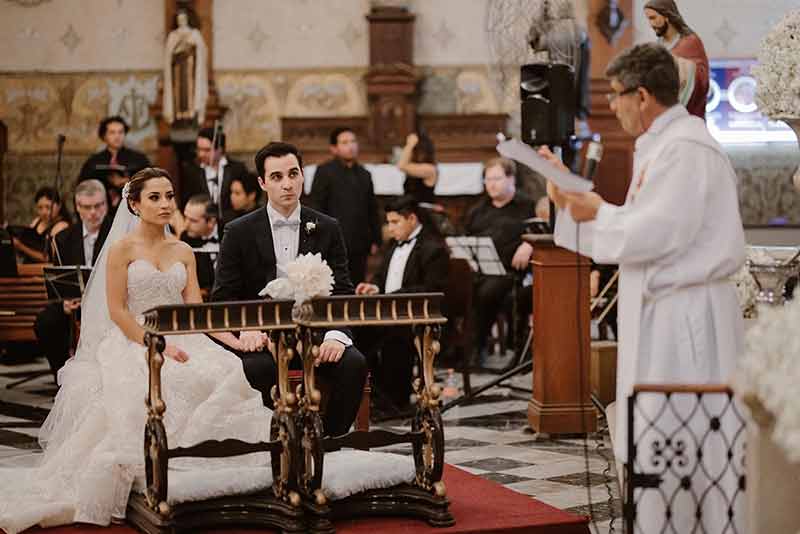 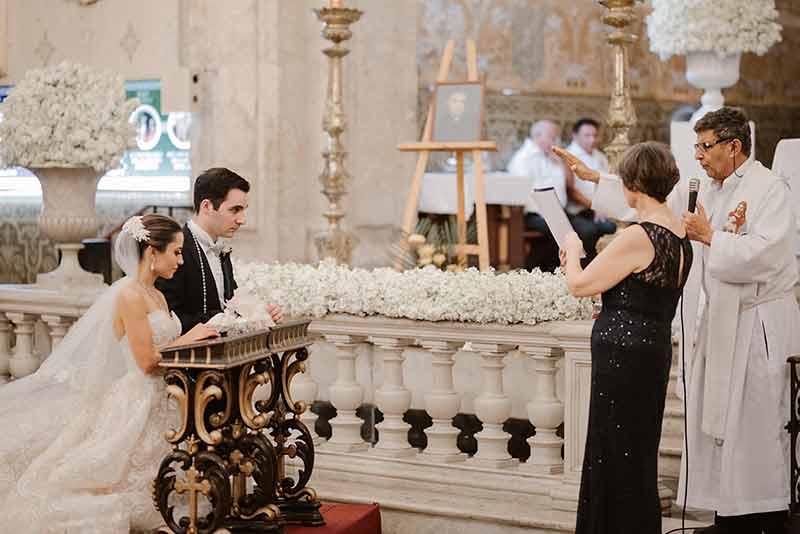 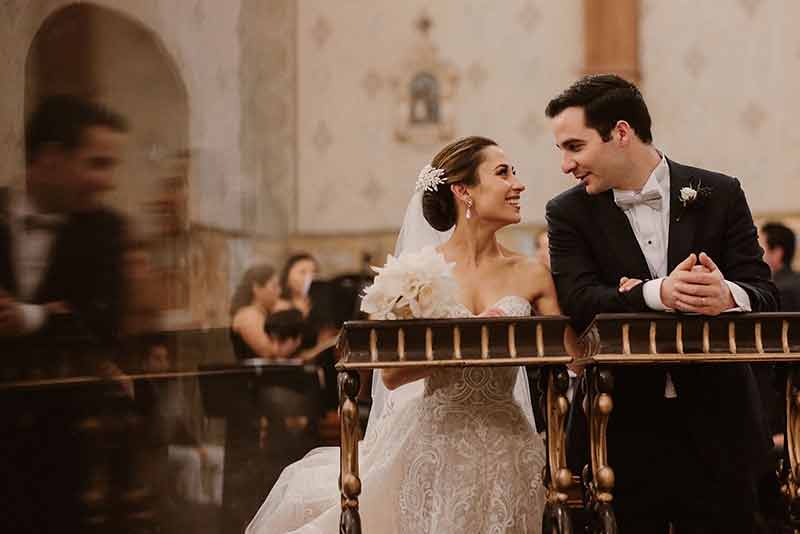 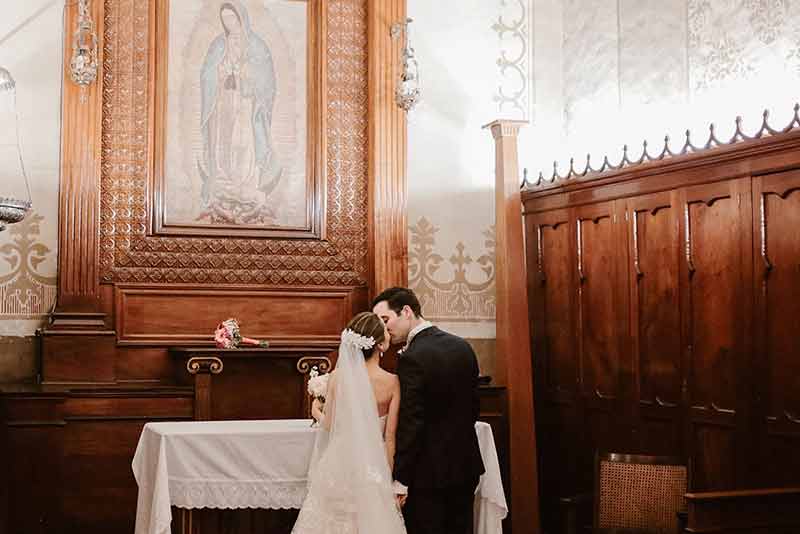 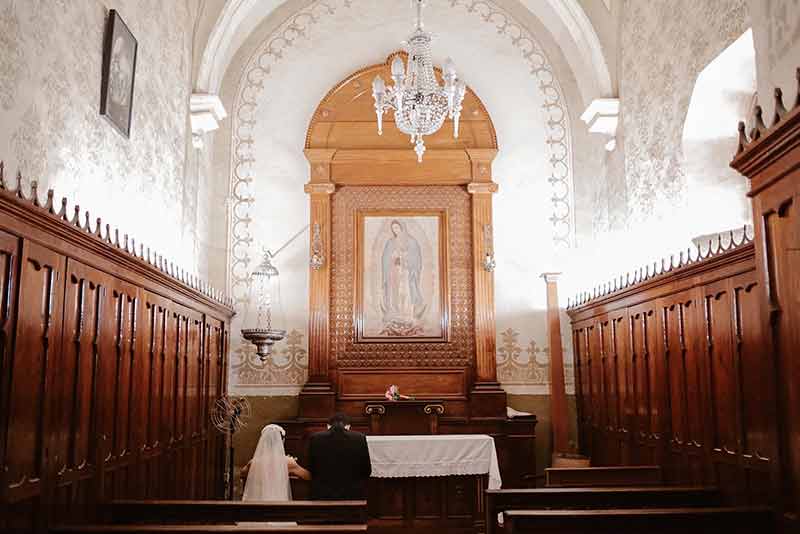 The beautiful and large stained glass windows with representations of biblical passages stand out and surprise anyone who looks at them. There is no doubt that this church is perfect for a unique wedding.

It’s the favorite chapel of brides who get married in Merida; because their Baroque style with an indigenous influence gives the church a unique personality that you won’t find anywhere else.

On the outskirts of the church, there is an outstanding atrial cross on a carved stone base. Inside, you can discover the most outstanding beauty of the church: the murals with religious reminiscences and biblical images, which give the temple a peculiar and unique aspect in Merida. 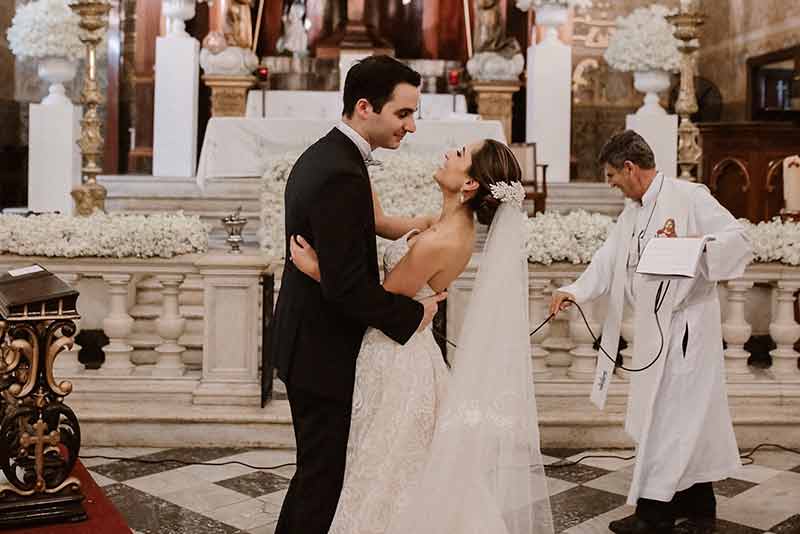 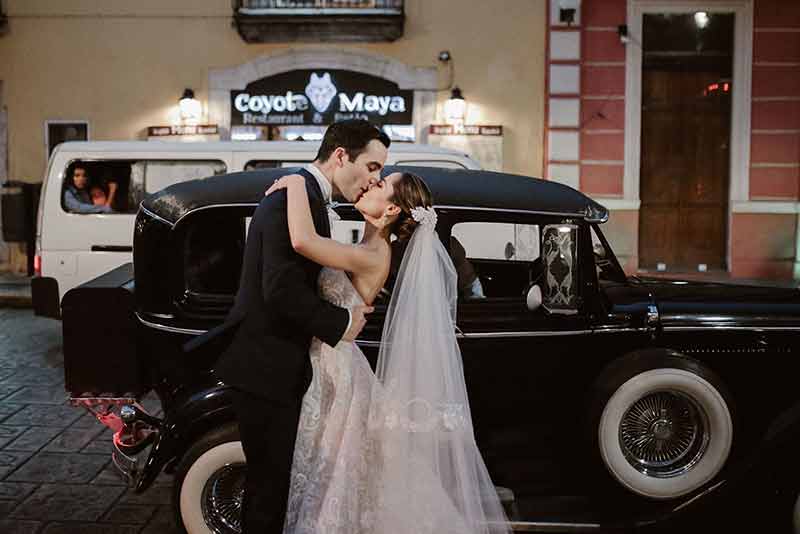 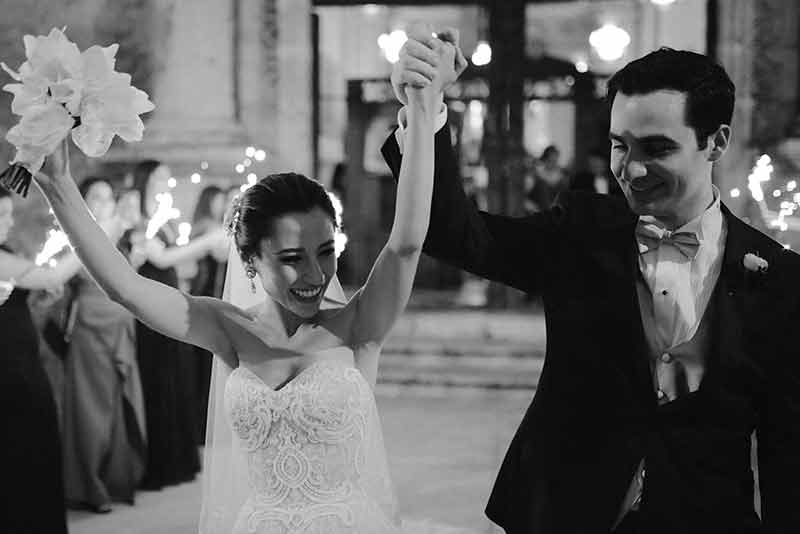 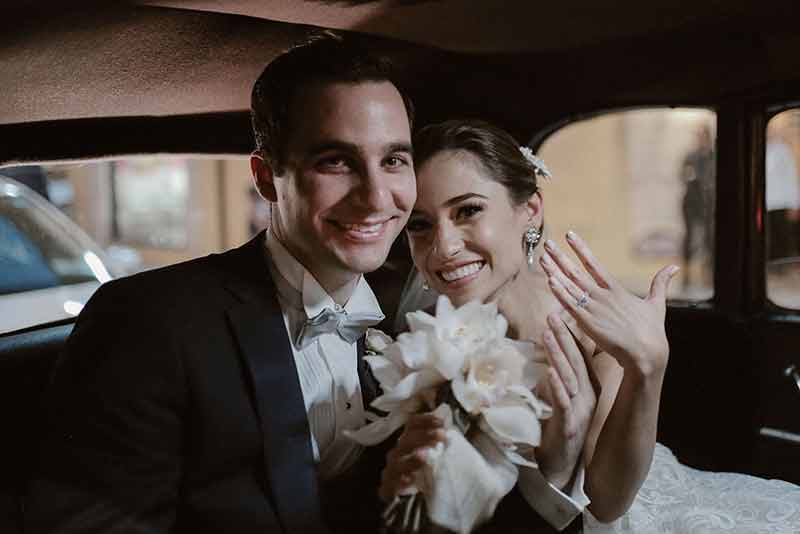 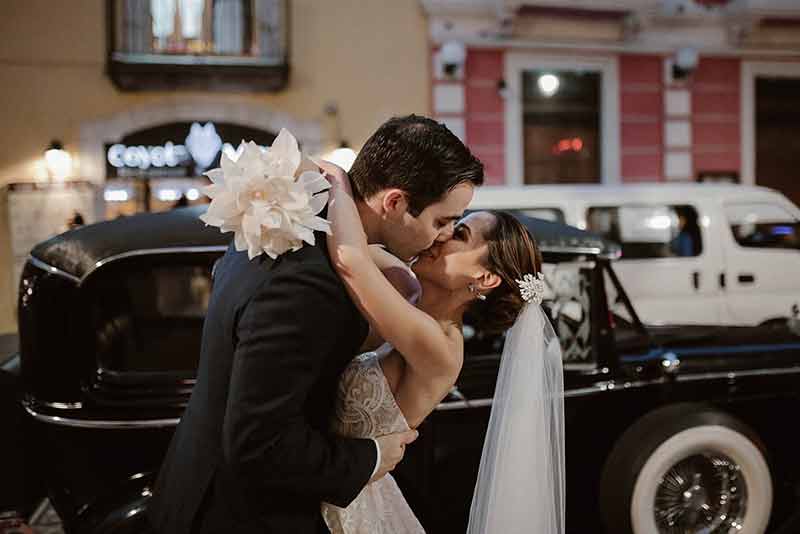 At the bottom of the nave, there is a wooden altar with gold inlay and a hemispherical dome that has a marked Franciscan influence, which, when properly decorated, will give a romantic and classic personality to your ceremony.

It’s located at Calle 60 con 59 in the center of Merida, surrounded by the historical center of the city, one square from the imposing Cathedral.

Although there are many churches in Merida, these are the ones that brides want to celebrate their marriage union. Choosing a church is one of the most important things to do on that day.

Can you do weddings in Yucatán? We tell you everything about it! 👰

How to choose the perfect wedding bouquet? 👰💐